The Bronx is a hidden gem that has been buried under stereotypes such as poor, ghetto and dangerous. But now, a new age of enlightenment has emerged with creatives like Amaurys Grullon who are adding to the borough’s greatness by helping it sprout to its fullest potential.

I sat with Amaurys, co-owner and co-founder of Bronx Native,  for the first time in September of 2017 in a small rental space with a white wall behind in the background.

The flourishing designer was describing the merchandise that he and his sister, Roselyn, would be selling at a two-week long pop up shop in Mott Haven. They included shirts, bags, totes and caps with Bronx pride phrases emblazoned on the front.

After a successful two-weeks, the Bronx Native became a permanent shop. It’s a vibrant space with red walls and hundreds of messages and Instagram names tagged on it. 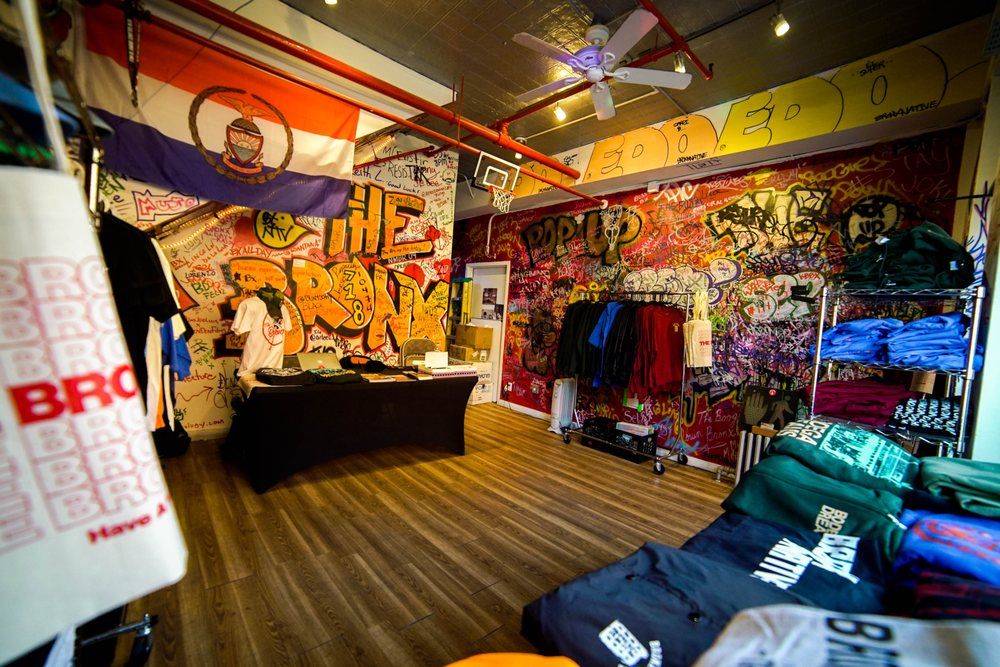 Inside, you’ll also find a few quintessential Bronx items such as street signs, Café Bustelo cans, quarter waters, and boxes from Kennedy Fried Chicken. That’s because the Bronx Native shop is a hub that embraces the foundation of arts, culture and community in the boogie down for the boogie down.

Amaurys and his team does much more than sell apparel. Their shop is open to creatives who want to host mixers, poetry slams and guest speaker events. ( Tarana Burke, the founder of the ” Me Too” movement was one of them.) And their platform welcomes writers within the borough to publish their work on the Bronx Native website.

Today the brand has more than 11,000 followers on their Instagram account ( @bronxnative) and is rapidly gaining traction each day. Amaurys, a graduate of the School of Visual Arts, credits his success to hard work, determination, and the advice that was given to him in high school : ” you get out what you put in.” And in times of doubt, Amaurys stresses that in order to follow your passion, ” Just do it!”

Check out a clip of our interview below!

3 thoughts on “BXTRA with Bronx Native”